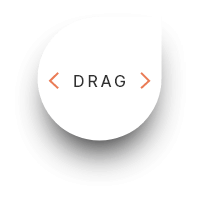 With the pandemic uproar and restricted international travel, the film industry has taken a major hit. While the majority of films today are either being pushed ahead or being rescheduled for domestic locations, technological advancements are on the verge of providing a full-time solution for international location indoors. Over the last few years, film production has evolved digitally, giving us life-like computer generated imaging. For instance, The Avengers Infinity War or Endgame and The Guardians of Galaxy are the epitome of the digital world meeting the physical world. The advent of new technologies has paved a way for methods that can potentially revamp international film production at minimum cost.

Technology Shining a Bright Ray Of Hope For The Entertainment Industry:

During the first quarter of 2020, the film industry saw a decline of 29.1% to Rs 1062.4 crore which stood at Rs 1499.4 crore, for the same period the previous year. Leveraging virtual production to continue shootings would help in mitigating the losses faced during 2020. Not only in India, but throughout the world, the introduction of new technologies has always been critical for progress. Innumerable film projects began and ended as a result of COVID-19 protocols. Many IT titans, however, have created new technologies to ensure seamless content production with the help of tech available at hand. For instance, A Zoom call is a simple illustration of how live monitoring of project execution can done effortlessly. If a shot is taking place in a studio in Mumbai, the agencies and directors can examine the footage via a live link, to determine whether social distancing rules are being followed without compromising on the charted plan. Similarly, to practically bring international locations indoors, a virtual production studio is set up to combine physical and digital worlds with a software suite that merges the subject and location together, eradicating chroma key completely.

The essence of film-making and content creation is shooting with live props and locations, this generally brings life into cinema, making it more immersive and dynamic. The impact of the pandemic has taken a toll on budgets, reducing the entire potential of the script and the screenplay. If used efficiently, virtual production can potentially be beneficial for both studios and film makers as it will not only add life to the overall narrative of the film with rendered international locations, but it will also help in optimizing the actual potential of the film in a cost-effective manner. Moreover, the eradication of green screens completely will reduce the work load by 50%, which would eventually help both the producer and creator, to perform their work more efficiently with multiple playbacks and proof checks.

India’s technological advancements and enhancements in the digital space overall, are a game changer for film production. It wouldn’t be wrong to say that in the coming years India would be producing Hollywood-like content in a cost effective manner; something that the country is well known for globally.